Sermons on angry at God 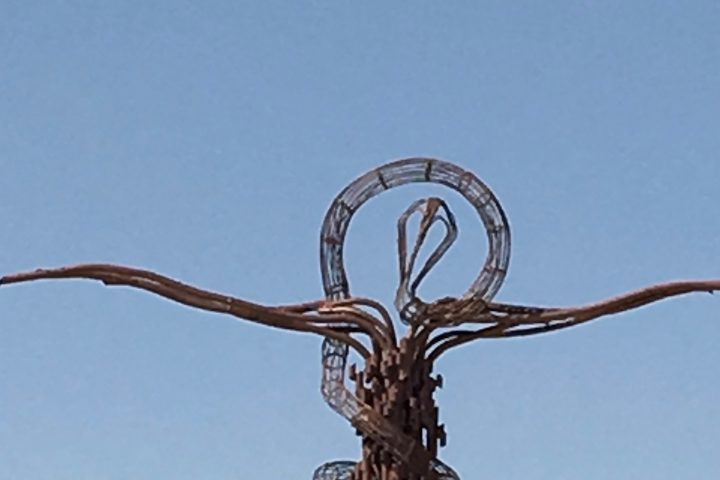 Oh those Israelites. They were grumbling and mumbling their distaste with God’s plan. Their worn out bodies were wracked by the relentless heat of the day while the few blankets they had grabbed from their hurried escape from slavery were worn thin, nearly translucent. Every night, they had to huddle together, clasping the tattered material tightly around them to survive the frigid evenings. Their throats were parched, their stomachs empty, their legs ready to buckle and collapse, when from their…
Apr 1, 2017

Jesus had to make a very hard choice four days ago: he could have come to Bethany. He wanted to come, he wanted to heal his beloved Lazarus, he wanted to give this family who had taken him in as a brother the gift of health, but he chose the gift of delay, for now. With the death of Lazarus, he entered into grief in a way which means that he knows our depths of grief, and that means everything to us. It is what makes our tears and heartache holy, the fact that Jesus knows it too, and is inseparable from it.
Aug 14, 2016

Disorientation is really hard. It’s uncomfortable. It makes our heart hurt. It shakes our beliefs to the core. All that we have believed had been true is suddenly not. It’s what the psalmist wrote about and it’s what we experience in life over and over again, if we’re honest with ourselves. The prosperity gospel tells us all these things are bad, and yet the gospel of Jesus Christ tells us that in each of these moments, resurrection is possible. And that’s the difference between what the psalmist experienced: if it’s bad, it must mean God is absent and needs to be reminded to pay attention and us, as Christians, who will say, if we are disoriented, if we are experiencing something that appears and feels very bad, then God is present and is inviting us into something new. This is a huge distinction. Reorientation, not the previous state of orientation, follows disorientation in the Christian faith
Nov 9, 2014

My lamp was filled; then I went to the places devastated by Hurricane Katrina, and I became angry with God.
Today Community Meal – May…
Today Meditation or Centering…